Ortega goes for seven in Cologne

No other team in the history of the EHF Champions League Men has qualified for the EHF FINAL4 more times than Barça — 2022 sees the 10th time the Spanish powerhouse have the chance to fight for the title. Telekom Veszprém HC follow a way behind, with six participations in Cologne.

However, this is the first time Barça coach Carlos Ortega will lead the team in the business end of the premium European competition, after replacing the legendary Xavi Pascual last summer.

“The feeling to win this superb competition as a coach with this club would be unparalleled. It is a daunting task, very difficult to accomplish, because the EHF FINAL4 is such a difficult tournament,” says Ortega.

“But, yes, it would be amazing, both for the club and for the players. Also, I feel this connection to Barça, so another win, another Champions League, would feel amazing.” 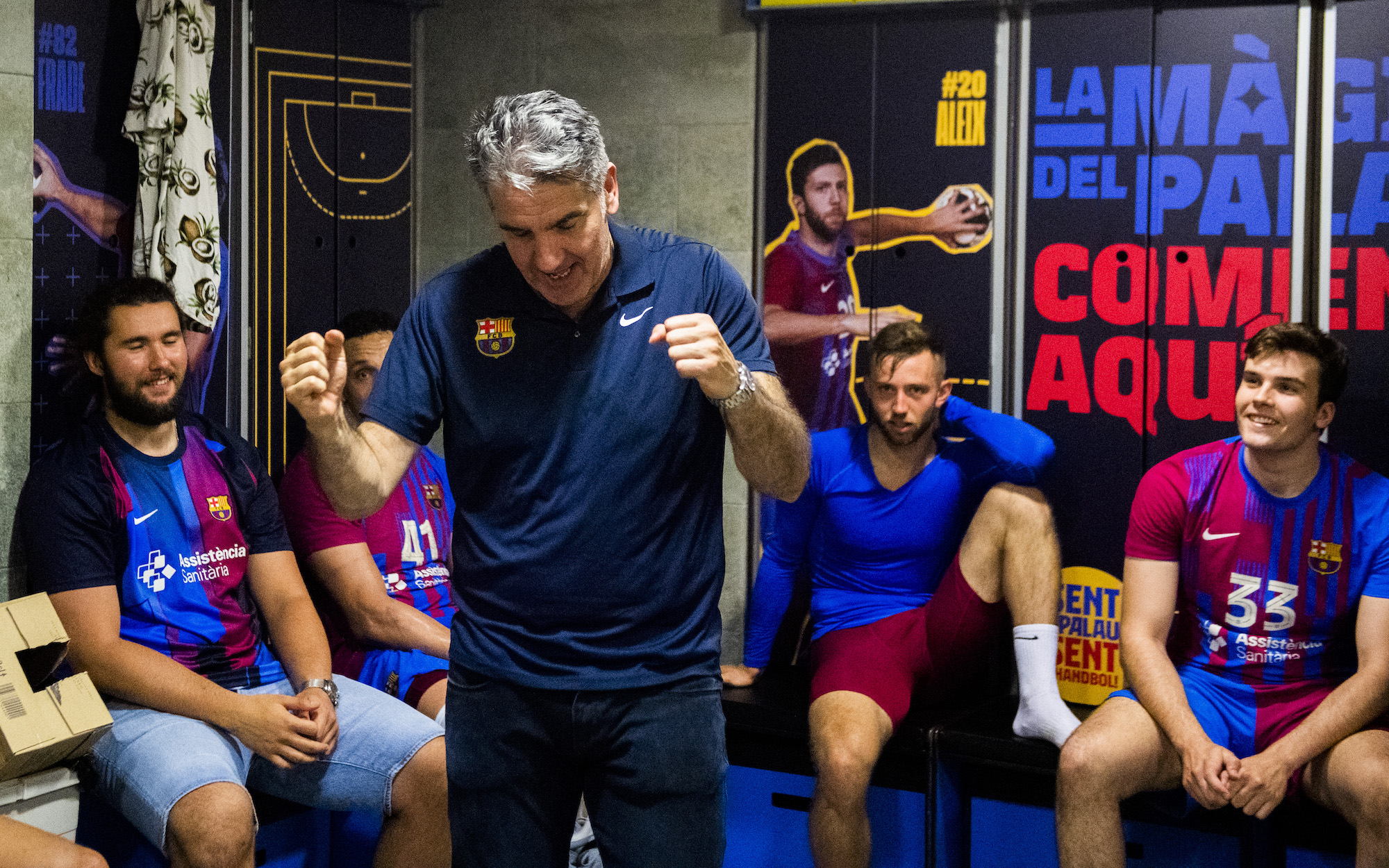 I know that in the EHF FINAL4 no team has ever managed to defend the trophy they had previously won. This underlines how difficult this competition is and how everything needs to fall into place for a team to win it.
Carlos Ortega
Barça coach

Another success in Cologne would mean that Barça retain the title — a feat that has been achieved in the men’s competition by only two sides: alongside Barça, it was Ciudad Real in 2008 and 2009, the last two seasons before the introduction of the EHF FINAL4.

Such an achievement would underline Barça’s greatness once again and transform the Spanish side into the first team to have won the EHF Champions League Men 10 times.

“Sifting through the history, I saw this stat and I know that in the EHF FINAL4 no team has ever managed to defend the trophy they had previously won. This underlines how difficult this competition is and how everything needs to fall into place for a team to win it,” says Ortega.

“Of course, we are happy about it — qualifying here has been a big objective for our season and it is a success in its respect. But we also want to win the trophy.

“It would be the conclusion of an amazing first season for me and another huge milestone for Barça.”

But before potentially reaching the final and the trophy, Barça will have to face THW Kiel. The semi-final will be a rematch of the 2019/20 final, which the German powerhouse won, 33:28, dealing a serious blow to the Spanish side.

Ortega knows Kiel and the German Bundesliga very well, after spending four years at TSV Hannover-Burgdorf, between 2017 and 2021. Therefore, he is very aware the semi-final against the German powerhouse will be a tough task.

“The EHF FINAL4 is such a balanced event, with so many great teams at the start. It is nearly impossible to pick a favourite. Therefore, I would not say that I would have like to meet Kiel, Veszprém or Kielce in the first match,” says Ortega.

“Bottom line: You have to win two games in two days to secure the trophy and this is what we set up to do.”

Another face for Barça

In his first season as Barça coach, Ortega has overseen a successful campaign with five domestic trophies won, including the Spanish league and the Spanish Cup.

“But nothing matters more than the Champions League, therefore, it will be crucial for us to finish the season on a high,” adds the 50-year-old Spanish coach.

His return to Barça has been analysed with a magnifying glass, especially after the Spanish powerhouse secured the trophy last season in the premium European competition with an unprecedented 20-game winning streak, as no team managed to come close to them.

In the EHF Champions League Men, Barça are no longer statistically the most efficient attack in the competition, but they have certainly improved their defensive statistics, conceding at a lower rate — 26.3 goals per game — than last season’s average of 28.1 goals per game.

This season, injuries have taken their toll, with several players missing serious chunks of time on court. Centre back Luka Cindric, line players Luis Frade and Ludovic Fabregas, and left back Timothey N’Guessan all faced time on the sidelines. Although Cindric has returned and Frade is regaining his full form, Barça prepare to head to Cologne without a full squad.

“It has been challenging at times, of course, because nobody wants injuries, nobody wants to sit on the sidelines and rehab. But this is also a test for us to become better and better and face the adversity,” says Ortega.

This is exactly the plan for Cologne, when adversity appears in the form of the best opponents one could face in European club handball. 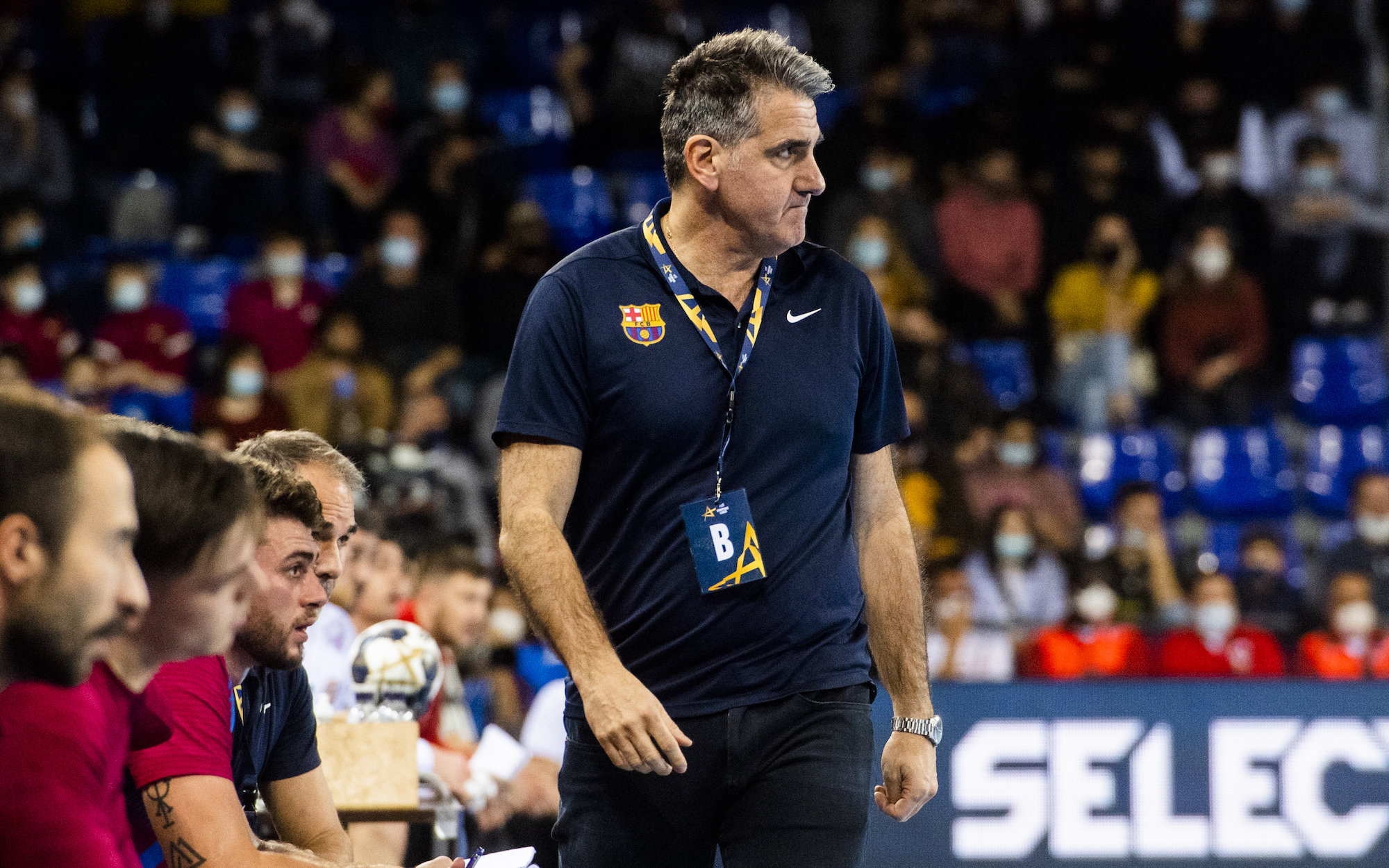 In the EHF FINAL4, it is always about the small details, the slightest of margins, because the teams are so well-balanced. I have been there, of course, and know what everything is about. Everybody knows the basics. The hardest thing is to execute.
Carlos Ortega
Barça coach

“In the EHF FINAL4, it is always about the small details, the slightest of margins, because the teams are so well-balanced. I have been there, of course, and know what everything is about,” concludes Ortega. “Everybody knows the basics. The hardest thing is to execute.”

Next Article ebt Finals 2022 get English commentary on Twitch

On court “no brotherly love” between Janc siblings

FEATURE: Slovenian brothers Blaz and Mitja Janc play against each other for the first time when Barça meet Celje on Thursday

SUMMARY: Coverage of the eight matches in round 3 of the Machineseeker EHF Champions League 2022/23 group phase

FEATURE: With the EHF Champions League Women on a break, who has made an impact in the first three rounds?

Barca shaken by Celje, but comeback for victory

GROUP B REVIEW: Defending champions turn a 26:27 into a 38:30 victory to hold off a brave performance from the Slovenians

GROUP B REVIEW: HBC Nantes close down Elverum to leave Norwegians without a point after 41:30 victory

GROUP B REVIEW: After an even first half, THW Kiel comfortably beat Pick Szeged 34:29 to inflict a third consecutive defeat on the Hungarian…

GROUP A REVIEW : On the back of a strong defensive performance, Wisla Plock won their second home game of the season

This is me: Thierry Omeyer

THIS IS ME: The French legendary goalkeeper reflects on his illustrious career in his own words

GROUP B REVIEW: The team was the star when the Polish side took a crucial 30:28 at the previously-unbeaten hosts

MOTW REVIEW: Thanks to an impressive performance by Jannick Green against his former club, Paris Saint-Germain triumphed in a one-sided Matc…