A total of 14 teams are involved in the first round of the 2023 IHF Men’s IHF World Championship play-offs. The first leg of those seven double-headers will be played on Wednesday and Thursday, followed by the second leg on Saturday and Sunday:

A detailed preview will be published on eurohandball.com on Tuesday.

Many teams not involved in the qualification race for Poland-Sweden 2023 this week still take the court for test matches. But others, like Croatia, Netherlands, Iceland, or Montenegro prefer training camps over playing matches.

The schedule of test matches is highlighted by another edition of the Golden League, this time played in the Danish cities of Herning, Arhus, and Aalborg. Four of the top-five teams from the Men's EHF EURO 2022 take part; only gold medallists Sweden are missing.

EHF EURO bronze medallists Denmark open the tournament against fifth-ranked Norway on Thursday. Next up are France against Norway and Denmark against EHF EURO runners-up Spain on Saturday. The event is concluded by Norway taking on Spain and France playing Denmark in a repeat of the 2020 Tokyo Olympics final.

The Golden League marks the farewell of Norway coach Christian Berge after then 151 international matches in charge. Berge has meanwhile taken over as coach at ambitious Norwegian club team Kolstad Håndball. The former international started as national team coach in 2014 and steered them to the World Championship finals in 2017 and 2019, and to bronze at the EHF EURO 2020. The Norwegian federation has yet to announce a replacement. 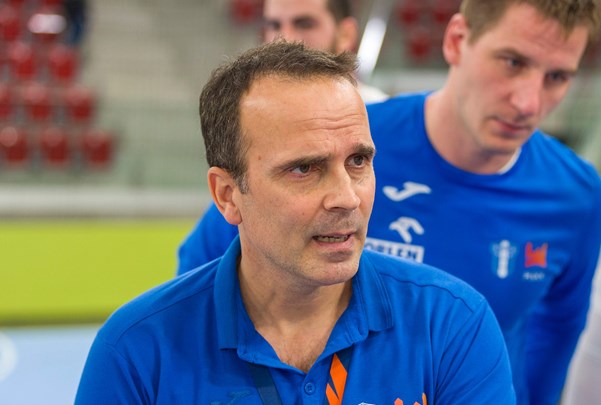 Czech Republic will have a new coach on their bench for two test matches against Serbia in Zubrija on Friday and Saturday: Xavier Sabate. The Spanish coach, who previously led Hungary for one season, is replacing Rastislav Trtik, who left after the EHF EURO 2022. Sabate also keeps coaching at Orlen Wisla Plock, where he has a contract until 2024. This season he has led the Polish side to the Last 16 of the EHF European League as one of the group winners.

The arena in Plock will be the venue for two test matches between both co-hosts of next year’s World Championship: Poland and Sweden. They first meet on Thursday, and play again three days later on Sunday.

Also, Germany and Hungary are set for two games against each other, in Gummersbach and Kassel. After their disappointingly early exit from the EHF EURO 2022, which they co-hosted with Slovakia, Hungary want to get back on track, with Chema Rodríguez as coach on the bench, before taking on the winner of Israel against Lithuania in April in the decisive duel for a World Championship 2023 berth.

OBITUARY: The EHF is mourning the death of German photographer Michael Heuberger, who has died at the age of 75

REVIEW: The tournament has returned after a four-year break with teams from 12 nations competing in Spain

NEWS: Teams from 12 nations will compete across six age categories in Spain this weekend

OBITUARY: Swedish handball legend Bengt Johansson has passed away at age 79 on Sunday

Wiederer: "This year is special for the EHF FINAL4s"

INTERVIEW: EHF President Michael Wiederer on the club competitions in the 2021/22 season

NEWS: As of 1 July 2022 players’ agents shall only be remunerated by the authorising party