The headline music act at the EHF FINAL4 Women has been confirmed. Kristina Liščević and Henry Méndez will perform at the brand new MVM Dome in Budapest during the highlight of women’s club handball on 4/5 June 2022.

This year’s musical act is particularly special as Liščević is a well-known part of the handball family for her on-court skills. The SCM Râmnicu Vâlcea playmaker is a Serbian international and has played in the EHF Champions League.

Together with Dominican musician Henry Méndez, Liščević will perform a medley of two songs in Budapest, her debut song ‘I’m gonna win’, released in 2020, and a new track ‘Who‘s the best’, which will be released shortly before the event and will be performed live for the first time in the MVM Dome.

Both songs are perfectly tailored to the final event and embody musical storytelling. While ‘I’m gonna win’ tells the story of preparation and perseverance on the way to reaching your goals, ‘Who’s the best’ highlights the moment of reaching the most important and decisive matches of the season and giving everything to become a champion.

“My music career started almost accidentally because of my friend and teammate Mireya Gonzalez. She studied filmmaking and knowing how much I love music, challenged me to write my own song for her video, which is what inspired ‘I’m gonna win’

“Handball is the biggest part of my life. Training, passion, fighting, friends and having good results is so important for me. I played in the EHF Champions League many times but never reached the EHF FINAL4, so it is still a dream for me.

“Having the opportunity to be a part of the EHF FINAL4 Women. even as a singer, is more than a dream for me. I feel pleasure and blessed to sing in front of a big crowd with Henry Méndez, motivating the finalists for their biggest dream. What more can I ask for?” says Kristina Liščević.

Fans can already listen to the first teaser of the new song on the official EHF Champions League social media channels. 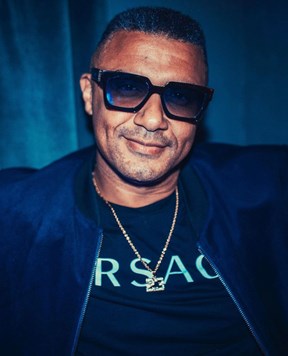 Additionally, Liščević and Méndez will collaborate to produce their own version of the official EHF Champions League song ‘Mesmerize’ with a performance right before the medal ceremony.

“We are extremely pleased to not only welcome Kristina Liščević and Henry Méndez to the EHF FINAL4 Women in June but also be able to link our brand sound with the entertainment of such a highlight event.

“The new interpretation of ‘Mesmerize’ that will be revealed after the final will feature the handball sound DNA at its core and create another dimension to the EHF Champions League sound identity,” says Matthias Mayrhofer, Director Partner & Brand at EHF Marketing GmbH.

Tickets for the EHF FINAL4 Women

The line-up for the EHF FINAL4 Women 2022 is set after the official draw pitted Györi Audi ETO KC against Team Esbjerg and Metz Handball against Vipers Kristiansand in the semi-finals. Fans wishing to witness the action live and in person at the MVM Dome on 4/5 June can purchase tickets online.

NEWS: The Home of Handball channel is the place to go for behind-the-scenes coverage from the MVM Dome this weekend

NEWS: In their unique ways, four social media celebrities will share their impressions of the EHF FINAL4 on their own channels

Referees and delegates nominated for Budapest

NEWS: The EHF has announced its nominated officials for the EHF FINAL4 Women 2022 on 4/5 June