Skip to content Skip to navigation
My Profile Logout
RYT
News
Granier: “We won’t play thinking we are smaller than Bietigheim”

Granier: “We won’t play thinking we are smaller than Bietigheim”

Having just turned 22, French right wing Lucie Granier, who has played for Besancon since 2017, has had “quite a nuts season,” as she puts it.

“I signed my first professional contract early in 2021 and I did not expect things to go so fast. I was drafted with the national team; I played my first international competition. It’s been quite life changing,” she smiles.

Although the left hander seems to remain as cool as usual on the court, she confesses that the change of status, due to her new international debut, is sometimes hard to handle.

“I have to bring more to the team, both on the court but also thanks to my small experience. And sometimes, it’s not that easy,” she explains. “When I came back from the World Championship in December, in my head, it was all about seeing my friends again. But I realised that handball is now a little bit more than that. It’s getting serious.”

But she remains a smiling figure in the locker room — and can also be relied on to score the goals. In the European League, she has netted 32 times, including 11 in a high-profile game against Sola. 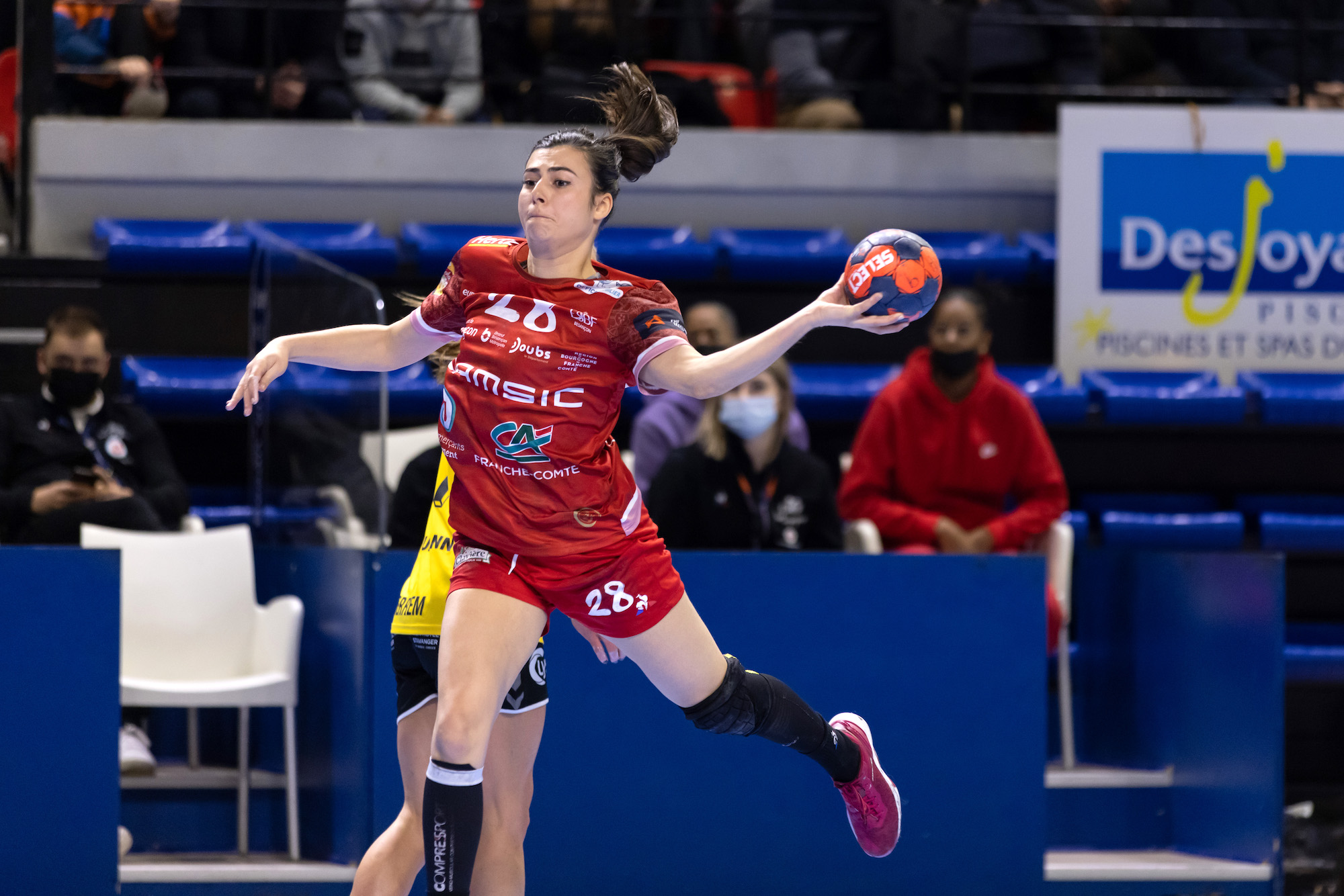 We will have nothing to lose. We are the small team that wants to eat the big one, but we won’t play those games thinking that we are smaller than Bietigheim. We’re not the girls who are just happy to be there!
Lucie Granier
Besancon right wing

Her performance this season helped the club reach the knockout round of Europe’s second-tier club competition for the first time since 2004. Even though one “always wants to win every game” and Besancon had a 50:50 record of victories and losses in the group phase, Granier is satisfied with how her team have performed this season.

“We already did great. It’s been something like 19 years since any Besancon team achieved what we did this season — and looking at the past rosters, that’s quite something,” she says.

The European League season has brought positives overall for the Besancon team, who remain undefeated in the French league since securing their ticket for quarter-finals in a powerful home game against Motherson Mosonmagyarovari.

“This was one of those games where you don’t need to talk. There was a chemistry between us that we did not have previously. We could have moved mountains that day. And this is something that we have kept since, and that we have to keep for the rest of the season,” says Granier.

The rest of the season is already around the corner, with the German side from SG BBM Bietigheim to visit Besancon for the first-leg quarter-final this Sunday. Having not lost a European game this season, Bietigheim might look like obvious favourites, but “I’m always one of those saying that anything can happen,” says Granier, who thinks that the pressure will not be on her team’s shoulders.

“We will have nothing to lose. We are the small team that wants to eat the big one, but we won’t play those games thinking that we are smaller than Bietigheim. We’re not the girls who are just happy to be there!” warns Granier.

The 22-year-old right-wing has already had an incredible 12 months — but she is hungry for more.

Next Article Five players approved for transfer before play-offs