One of the most exciting games on Sunday in the EHF European League Women round 2 took place in San Sebastian, where the Spanish team Super Amara Bera Bera hosted France's Paris 92.

This game found no winner, so the tie is still very open ahead of the second leg next Sunday. 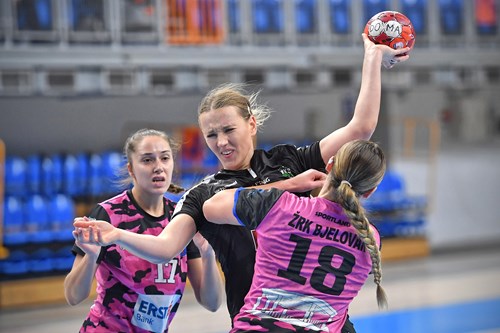 The only double-header of the weekend took place in Lublin, where the Polish side MKS FunFloor Perla Lublin faced Croatia's ZRK Bjelovar.

The tie was all but decided already on Saturday, when Lublin won the first leg by ten goals (32:22), and they sealed a round 3 spot with a much bigger victory on Sunday, 46:23.

Next Article Two Czech sides through to round 3

DRAW REVIEW: Metzingen against Blomberg is among the standout ties in round 2 of the European League Women

Nantes set for next step on road to title defence

ROUND PREVIEW: The line-up for the group phase will be completed in qualification round 3 this weekend

ROUND 3 PREVIEW: Titleholders Nantes enter the race, playing Höörs in first leg of final qualification round this weekend

DAY REVIEW: In one of the most intriguing matches on Sunday, the Spanish team earned a five-goal win in France

COUNTDOWN #16: CS Magura Cisnadie (ROU). Can Cisnadie secure their best performance yet in a European competition?

Sporting and Pelister split the spoils in thrilling match

GROUP C REVIEW: Magdeburg got their revenge against La Rioja and returned to their winning ways in the EHF European League.

GROUP A REVIEW: French side take clearest ever international victory after the one-sided match