For Nærbø IL, the current season looks like a fairy tale. The club from a Norwegian village with the population of 7,000 people, who made their debut in the European club competitions last autumn, have already reached the EHF European Cup Men final.

On Saturday 21 May, Nærbø will host their Romanian rivals CS Minaur Baia Mare in the nearby city of Stavanger in the first leg of the final, while the second match will be held on 28 May in Romania.

“We are far from being the favourites, as Baia Mare have more experience in games like that, and they are a fully professional club who have been doing quite well in the Romanian league. So there is a big difference between us and them. However, we will fight hard and try to do our best,” Nærbø head coach Heine Jensen told eurohandball.com.

The Norwegian club have never won any trophies in their history, but regardless of their results against Baia Mare, they have already written history this season, which Jensen gladly admits.

“I'm very proud of my boys. We are maximum a semi-professional team who heavily rely on local players, but we have made a long journey,” says the 45-year-old Dane. 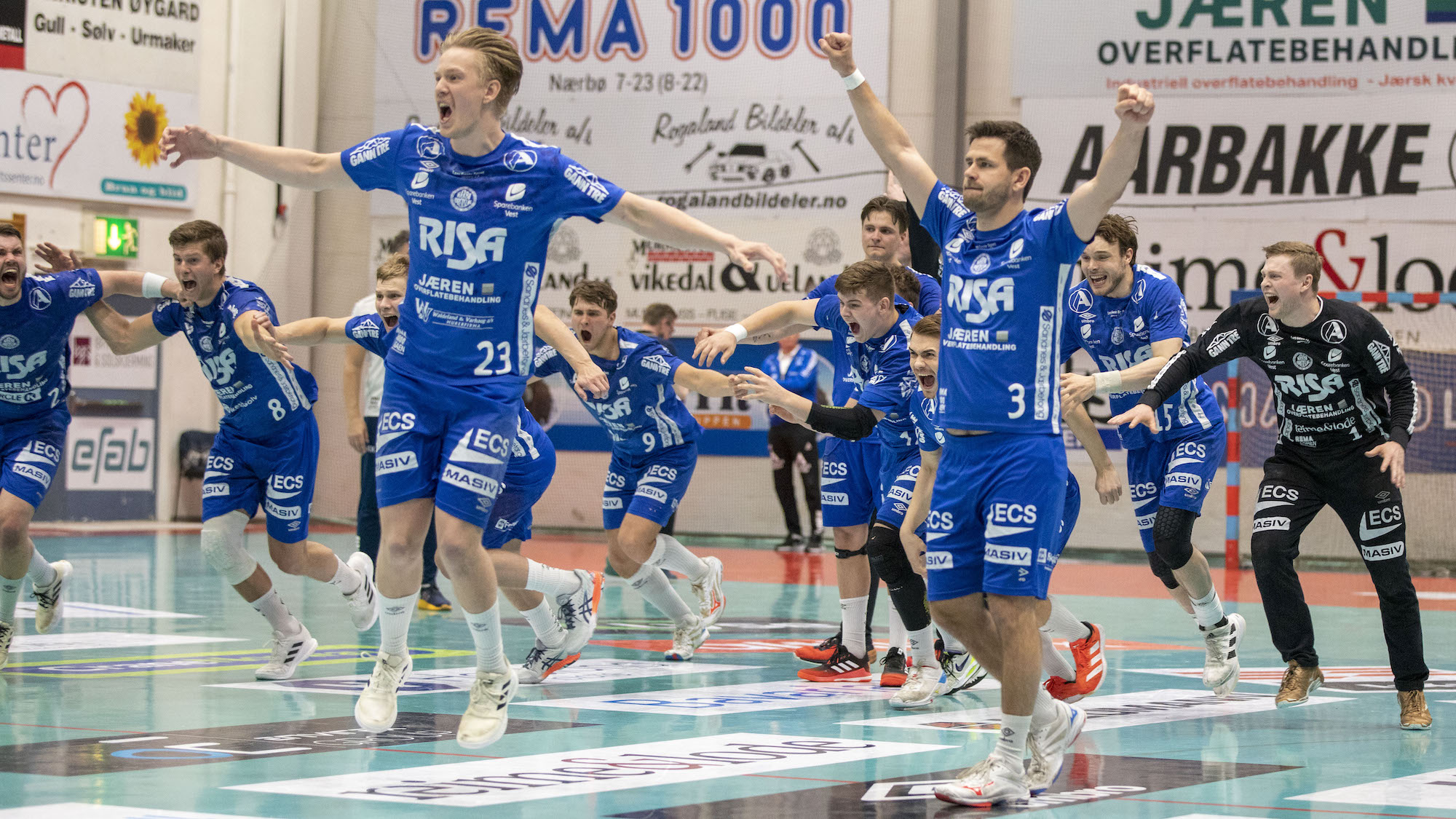 Continuity is among the factors behind our progress. Not so long ago, this team played in the third Norwegian league, but since 2018, we’ve been competing at the top level, and now we will play the European Cup final.
Heine Jensen
Nærbø coach

With the exception of two Danes and a couple of players from other Norwegian regions, most Nærbø players indeed come from the local area, and they have been playing together since childhood, for 12 or 13 years.

“We have 11 boys born in 1997–98, and this is a very talented generation. Besides that, we are a group of friends who know each other very well, so continuity is among the factors behind our progress. Not so long ago, this team played in the third Norwegian league, but since 2018, we’ve been competing at the top level, and now we will play the European Cup final,” says Jensen.

Jensen gives significant credit to his assistant Rune Haugseng: “He means a lot for this club. Rune has been working with many players since their childhood. And we are not a professional team — he does not only help me with trainings, but also orders tickets, buses and so on. He is a very busy man who takes care of a lot of things.”

Jensen, who has worked with the women’s national teams of Germany and China in the past, as well as with the men’s Slovakia team and a few clubs in different countries, became Nærbø head coach in 2020. Last year, his team reached the Norwegian Cup final, where they lost against Elverum Handball, and now they progressed to the business end of the EHF European Cup Men.

“That was an absolute surprise even for me. I would have lied if I’d said otherwise. Early in the season, I thought it would be good to get some experience and maybe win one or two matches,” Jensen says.

However, his team have exceeded all expectations. After eliminating two Italian rivals, Raimond Sassari and ASD Accademia P. Conversano 2014, Nærbø went on to defeat Romania’s CSM Focsani 2007 in the Last 16. Then their quarter-final matches with SKA Minsk were cancelled, as the Belarusian club was excluded from the competition. And in the semi-final, Nærbø beat fellow Norwegian team Drammen HK in a dramatic shootout after the rivals exchanged home wins with the same 30:27 score.

“This win was a very emotional moment, as Drammen were ranked higher than us and we had never beaten them before. But the round 2 matches with Sassari are also memorable, as they were our first ever games in the European club competitions. We played both legs at home, and it was a special feeling — a new page in the team history. So overall, we’ve had many highs this season,” the head coach says.

Meanwhile, in the Norwegian league, Nærbø reached the semi-final, but they were eliminated on Wednesday after losing the third straight encounter in a best-of-five series against Elverum.

“They are a better team, yet we tried to do our best in every game and get closer to their level. Fighting both in the national league and the European Cup was something new for our team, so we had to learn,” says Jensen.

As Jensen mentions, Nærbø are a semi-professional team, which means the players have other jobs outside handball.

“Some of them are teachers, others are, for example, carpenters and electricians. My assistant Rune Haugseng runs his own business, and I work at school in the mornings.”

But next season, things will change for Jensen, as he will move to another Norwegian team: OIF Arendal.

“It’s not because there is something negative about Nærbø. I just want to see my children more. They will turn six and four this year. And now I don’t have much time for it, as I pick them up from the kindergarten in the afternoon and go to the training,” he says.

While the Dane will be replaced by Fredrik Ruud, Nærbø’s squad will also undergo some changes. One of the key players, Andreas Haugseng — Rune Haugseng’s son, has already signed with Elverum, while right back Preben Nord-Varhaug will move to Kristiansand.

Yet Jensen looks ahead with optimism: “There are a lot of talents in the team born between 2000 and 2005. Even now, Lars Eirik Larsen and Torger Edland, who were born in 2004, get quite a lot of time on court. So, the future looks good, even if some time is always needed to make adjustments.”

NEWS: Footage of both duels between Nærbø and Baia Mare to be broadcast throughout Europe – and beyond

FINAL PREVIEW: The surprise package from Norway hosts their experienced opponents from Romania in the first leg on Saturday

NEWS: The title will be decided in Romania on the weekend of 28/29 May

FINAL PREVIEW: The Romanian side chase a four-goal deficit against the debutants from Norway in the second leg on Saturday

FINAL REVIEW: Cousins Tord and Andreas Haugseng score more than half of Nærbø's goals as Norwegian team build a four-goal advantage in Stava…

SEMI-FINAL REVIEW: After a penalty shootout win, Nærbø booked their place in the EHF European Cup Men final in their debut European season

SEMI-FINAL PREVIEW: Baia Mare and Drammen want to reach the final, but Alingsås and Nærbø are not planning to throw in the towel

SEMI-FINAL REVIEW: The homes sides were victorious in the first leg encounters, but their rivals will hope for a strong comeback next weeken…